I want this article to inspire affiliates who are discouraged and on the verge of giving up. 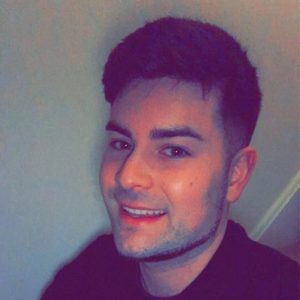 In December 2015, I’d just lost my online business. I won’t go into details about how this happened, but there was quite a lot of unethical stuff happening online at the time and my site was targeted. As a result, I went from earning approximately £4-6k a month to £0 overnight.

I still remember the feeling of waking up that morning, logging into my MoreNiche dashboard and seeing my clicks and sales disappear into thin air.My heart dropped into my stomach and I was in total panic. I was 22 years old at the time and had my own house with my girlfriend. We’d been so excited to move into the house recently and the last thing I wanted was for us to move back in with our parents. This might not sound like such a bad thing now, but at the time, it felt like if we had to move out – I’d be a failure.

Fortunately, I’d saved up some money to help pay my bills for the next few months, but I was instantly filled with panic/anxiety about what I was going to do after the money was gone. Apart from when my daughter was born and had to stay in intensive care for a month, this was by far the most stressful time of my life. Luckily I was able to get a loan and an overdraft extension from my bank. This would give me an extra 6 months to earn a set wage that would pay my outgoings each month.

I remember telling my mum what had happened and I just burst into tears because I was in shock. She held my hand and said it would be okay and I’d build another website that would be just as successful. And that’s exactly what I did. I instantly set up 5 new sites, working on all of them simultaneously. One of these sites was AreTheyOnSteroids.com, which some of you may know of today.

Months flew by and my earnings were low. Fast forward 6 months and I was still making very little money. At this stage I was out of funds and many people were telling me to go and get a job. I’d got into affiliate marketing from a young age, so I didn’t have any qualifications and knew it would be difficult to get a well-paid job. I also knew if got a job, I’d be saying goodbye to my affiliate dreams.

I could’ve come home at 6pm each day and started working on my sites until late in the evening, but I knew realistically it wouldn’t work, because I’d be tired and my motivation would be sapped. I spoke to my dad, who’d recently sold his house, and he made an extremely generous offer to pay my bills for another 6 months.

As each month went by, my earnings were increasing, but nowhere near enough to cover my bills. The pressure I was under with the clock ticking was intense. Switching off was impossible. I’d be with friends and we’d be watching a film, and they’d be laughing at a funny part…and I’d just be sat there straight-faced, trying to think of ideas. I remember telling my girlfriend (at the time) a new idea I had and how excited I was because it’d mean we wouldn’t have to worry about moving out…but a few days later it didn’t turn out how I’d hoped.

This happened many times and it got to a point where if I was excited by an idea, I just had to keep it to myself because she didn’t want to get her hopes up again.

Fast-forward to December 2016, almost a year had passed by and I was out of money. I’d been working literally night and day for the last 12 months, I’d used up all loans from the bank, all of my dads money and I was at my lowest point. If I didn’t make enough money next month in January, I’d be out of the house. All of the stress and money I’d borrowed would’ve been all for nothing.

I felt like a total failure and that I’d let everyone down.

Early into December my girlfriend asked if I’d like to listen to a sermon on her phone, this wasn’t a normal thing for her to do (she wasn’t a Christian) but I thought “Yea why not”. So we were both led on the bed listening to this sermon on her iPhone.I’d never read the Bible, gone to church or listened to a sermon before, but the preacher really spoke to me that day.

Here’s the sermon I listened to that day which changed my life.

After listening I thought “Wow, this makes so much sense”. I began listening to more sermons and there were things that had happened in my life which I couldn’t fathom, but now I knew why they’d happened. It was as if the wool was taken away from my eyes and I could see for the first time. From that moment onwards, I made a decision to live my life for God (instead of myself) and I started repenting of my sins and obeying his commandments. (I later found out that someone I knew was praying for me to come into faith). I no longer cared if I kept or lost my house, I understood that material things didn’t matter to me anymore and I was ready to move out.

I’d finally earned enough money to stay in my house! It was a miracle, after 1 year of constant worry and anxiety, I could finally take a breath. I couldn’t believe it.

Then I read this verse:

God blesses those who obey him (Proverbs 16:20)….Which sent shivers down my spine.

12 months later, my earnings have multiplied by 13x, turning a £6 domain name into a 6 figure business. Immediately after realising I’d earned enough to stay in my house, I spoke to my mum and she said calmly “I knew you’d do it. All of the best entrepreneurs lose their money at some point”. She was the only one who stood by me when I decided not to go out and get a job, when it was crunch time. Others thought I was crazy for not going out and getting a ‘real job’ like everyone else.

At the time, losing my business back in 2015, felt like one of the worst times of my life. Looking at it now, it was the best thing that could’ve happened to me.

From a business perspective, it motivated me like nothing else and stimulated some of my best ideas to date.

But, more importantly, it humbled me. Before losing my money I was proud, materialistic and a lover of money. I wouldn’t give much to charity but I’d be happy to spend 4 figures on a hotel room for the night.

I believe God humbled me. He showed me the error in my ways, taught me to value money and made me a better person. Now I have my faith which is the most important thing in the world to me. So, ultimately it was a blessing to lose my business, because it brought me closer to him.

I want this article to inspire affiliates who are discouraged and on the verge of giving up.I might be what some call a ‘super affiliate’ now, but I wouldn’t be if I threw in the towel.If I’d stopped believing in myself when I was at my lowest and went out and got a 9-5 job, I wouldn’t be where I am today. You have to persevere and believe in yourself even when nobody else does.

Remember, I had dozens of ideas that I thought were going to be the ONE, but they soon turned out to be nothing. It’s during these times where you need to keep persevering. You’re not failing, you’re getting one step closer to discovering a potential gold mine.

Best Tips I Can Give to Other Affiliates:

I launched about 5 different websites after losing my business. In hindsight, if I’d just focused on one, I would’ve made more money a lot sooner. My attention was divided and instead of creating one masterpiece I ended up creating 5 okay websites….That is until I started putting all my time and effort into one.

This isn’t to say you should put all of your eggs in one basket. After you’ve made one website a success I recommend you create others as a back-up. But that’s after one of them is making a lot of commissions.

In my experience I’ve found that producing content which is DIFFERENT has a much better chance of ranking. If you copy another sites content, you’ll have limited success. But if you create something new, that’s different, you’re potential to rank in Google goes up a few notches.

For example, if you’re thinking of doing an article on ‘Best Testosterone Boosters’. You could just make a list of test boosters and go through their ingredients (like every other blogger in the world does).

Or, you could take several different test boosters individually, then go to the doctors to get your blood work done. This way you’ll be able to see which one’s actually spiked your testosterone levels the most.
Going the extra mile to create new, unique content like this is what Google loves.

You can make a tonne of money from paid traffic, but for me SEO is where it’s at. Not only is ranking in Google free traffic, but it’s long-term and sustainable traffic….If you’re doing whitehat SEO.

Sure you could receive a penalty at any time, so it’s important to have backup websites. But ultimately, if you know what you’re doing, SEO is a goldmine.

For those who don’t know much about SEO, I recommend reading Outsmarting Google, which taught me the basics. Also SEO blogs like Gotch SEO, QuickSprout and Backlinko are great resources to learn more.

Ever since my blog started making commissions, I’ve put as much money back into my site as possible.

Whether that’s investing in manual outreach to build more links, content creation or better website design, it’s this constant investment back into your site that’s going to multiply your earnings.