In 2017 alone Google ran over 200,000 experiments in Google search results, which resulted in over 2,400 changes to the Google algorithm. No wonder as SEOs we struggle to keep up! That’s over 6 changes to how Google works every single day of the year.

Google is evolving at lightning speed, so much so that sometimes it’s hard to keep up. Fortunately, each year only a couple of the Google updates actually impact the overall direction that search engine optimization takes.
I’m going to highlight the most significant core Google algorithm developments since 2011, so that in less than an hour you’ll have painlessly caught up with all the important Google updates and have a fighting chance of keeping up with Google’s AI-based algorithm.

If you’re looking for the biggest Google updates from the last five years there are some obvious names that jump out straight away:

These eight updates are those that I personally feel have shaped SEO the most over the past five years, not only updating the Google algorithm but also shaping the overall direction and intent of Google’s whole organic search team.

Understanding Google’s intentions when releasing new updates gives us some great insight into the minds of the Google team and what we could potentially expect from future updates. Knowing where Google is heading will give us the understanding we need, not just to optimize websites for what will work today, but also in a way that will avoid future algorithmic penalties.

This guide will discuss each of the Google updates listed above and how they have changed the face of modern SEO.

The Google Panda update first rolled out in February 2011 and caused massive shifts in rankings for a wide variety of websites (primarily those with low-quality content). This was the first of the big Google updates that shaped modern SEO and dramatically changed the direction of the optimization work we undertake today.

Several different types of low-quality content were hit in this update:

So what are the biggest lessons learned from the original Google Panda update and its subsequent updates?

This was the start of a massive mindset shift in the search engine optimization community where for the first time in years, Google gave us the harsh reminder that we exist to serve Googles users not simply to game the Google algorithm. The release of Panda was an obvious warning of things to come. It showed that Google was all too aware of the shady practices of the SEO community and was aiming to ensure that users received the best search results regardless of what SEOs were doing to try and beat the system.

In April 2012, just over a year after Google released the Panda update, the Penguin update was released. Once again shaking up search results and encouraging better SEO practices. The overall goal of this algorithm update was to prevent large-scale and automated link building tactics from impacting search results, therefore ensuring that users could find the most relevant content.

Amongst the link building tactics hit were:

What lessons can we learn from the types of link building activities that were penalized?

If the original Google Panda update wasn’t enough to show the SEO community that things were changing, then Penguin did. While the Panda Google update targeted manipulative content tactics, and for many, this was relatively easy to recover from, the Penguin update hit the much more manipulative and competitive link building SEO strategies. It was around this time that the whole SEO community really started to wake up. They realized that instead of competing against Google they too needed to add value to the web – they had to earn, rather than manipulate the rankings by improving sites for the benefit of users.

Hummingbird was released in August 2013 and was a major update to the way in which Google works. While other updates improved aspects of Google’s search algorithm, Hummingbird dealt with the very core of it. With Hummingbird no one really received penalties but some did benefit, especially those who wrote content which matched users’ needs and those who had little SEO experience.

Google’s switch to Hummingbird saw improvements in the way that Google handled synonyms and also, importantly, was the start of Google beginning to understand the intent of each search query. Not only did this mean fully understanding the intent of each word in the search query, but also general user intent based on implicit factors such as the time of day and the user’s location. Implicit factors are becoming more and more important, everything from your device type and location to your previous search queries impact personalization of search results for individual users.

The most important aspect of the Hummingbird update was Google’s jump into semantic search so that it was able to better understand natural language and prevent confusion over a user’s search query. This has continued to improve since the Hummingbird update. For example, for the first time in 2018, we’re seeing Google treat queries about testosterone, test and t levels as all being the same thing.

So although we didn’t learn much that was new from the move to Hummingbird, we were reminded of a few things about Google:

SEO has become more of a multidisciplinary practice that crosses the lines between marketing, user experience, and conversion rate optimization. If you care about your website visitors and look after some basic technical SEO factors, then you should (eventually) rank in Google.

Shortly after the Hummingbird update the conversation of SEO being dead began once again. The reality is simply that SEO is evolving. It was also around this time that SEO started to become mentioned much less frequently, and people began to talk more about content marketing and white hat strategies instead of simply how to manipulate search results.

The Google Pigeon update was released in July 2014 originally in the US and was later extended to other countries. This update specifically targeted local searches and took many of the factors from Google’s core search algorithm and integrated them into local search results and Google Maps.

While this update didn’t massively impact affiliate marketing, it did show us one very important thing:

Learn from experience. One size does not fit all websites when it comes to ranking in Google. It’s only by testing changes and adapting to the changes in search results that we can truly begin to understand how to improve rankings. Don’t expect to simply replicate other peoples SEO success; every keyword should be treated differently. Even the best of SEO experts can’t give generic advice to every market and see flawless results.

In April 2015, the next of the big-hitting Google updates was released, nicknamed Mobilegeddon by the SEO community. This update unsurprisingly targeted websites that were not mobile friendly which was to be expected with mobile traffic surpassing that of desktop traffic for the first time in 2014. 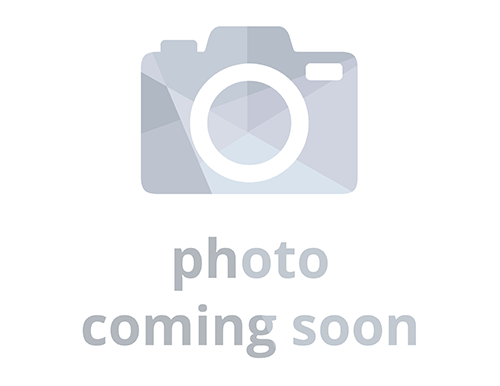 This update originally impacted only mobile search results, but recently Google has started to push further by using mobile content as the primary content for the indexing and ranking of websites. In 2018 indexing is mobile first so you simply can’t ignore the importance of your mobile site. There are only a couple of important lessons to be learned here:

Really, this is the most straightforward of the updates, but it served as another quick reminder that in order to ensure rankings, our job is to keep website users happy and to treat SEO as just another part of online marketing.

If I had to choose a personal favorite Google update then it would be RankBrain. Released in October 2015, and (unusually) announced on Bloomberg Google executives confirmed it was starting to hand over control of the rankings to RankBrain – it’s latest machine learning algorithm.

So what does this update mean for us as SEOs? A few things:

The RankBrain update takes testing at Google to the extreme, we now see websites bouncing around search results more frequently whilst Google A/B tests where they should rank. The faster Google learns, the more real-time we can expect to see ranking updates in the future. Also, with Chrome usage being so common Google are collecting real user data of website engagement from users so it’s hard to cheat the system and engagement metrics really matter.

An update that wasn’t really an update, Google Fred is important because… well it isn’t important.

When Barry Schwartz (an SEO journalist of sorts) noticed a large change in rankings (based on a small dataset that different websites gather) he immediately went to Gary Illyes (a prominent webmaster trends analyst at Google) to ask for a name for the update. The name given by a rather sarcastic Gary was ‘Fred’, the name he gives to everything without a name (take a look at this article if you want to know more).

But can we actually learn something from this update?

Yes, simply put Google make multiple updates on a daily basis to try and improve search quality. Some of these will have bigger impacts than others, but fluctuation and constant testing is at the core of Google. If your traffic isn’t fluctuating then someone else’s is. As SEOs, we have to be able to adapt to a constantly changing environment.

If you’re looking for insights to give yourself a heads up on your competition then the Google search quality evaluator guidelines are the best place to start. You don’t need to understand the algorithms and the updates just the direction in which Google is going to be an awesome SEO.

A terrible name for an interesting Google algorithm update, Google ‘Medic’ went live on August 1st, 2018. This update dramatically hit sites with ‘your money your life’ (YMYL) themes but wasn’t totally focussed on medical sites as the name suggests.

Google confirmed that a ‘broad core algorithm update’ went live. As an SEO community, we gave it a terrible name. But what does this update actually mean for SEO in 2018? Several things:

So how can you make this actionable? And what do you have to physically do to rank better in a post ‘Medic’ update world? Here are some pointers:

Ultimately everything in SEO is moving towards two factors; user engagement and networking. These things are measured in multiple ways, but now more than ever SEO is simply becoming online marketing crossing multiple disciplines such as UX, PR, and CRO.

WHAT HAVE WE LEARNED?

Google is continually updating its algorithm to improve the quality of the results it provides. At its core this means Google wants to:

With this in mind, Google will continue to update its algorithm to benefit users and provide them with the best possible results. So when undertaking SEO work, it’s normally better not to think of it as SEO, but rather as improving your website and content on your visitors’ behalves.

As time goes on, we should expect to see further updates that continue the trend of preventing manipulation of search results, while also better understanding users’ search queries and matching them to our content. This means that producing excellent content is perhaps the most important aspect of modern SEO, once the basics of setting up a user-friendly website are complete.

Over time Google will become much better at matching content that doesn’t even contain the search query’s keywords, and we’ll be able to focus exclusively on the quality of the content that we produce.

The web is firmly part of our daily lives, and Google is the gateway to that world. Don’t expect this to change anytime soon.

With this in mind, expect Google to continue to take more responsibility for the results it serves to users as corporate social responsibility becomes more important and we as consumers demand more from the businesses we put our faith into to help us make the best life choices.

How To Make a 7-Figure Income From Your Affiliate Business

8 Copywriting Mistakes That are Ruining Your Conversions

Time Management Tips for Affiliates with a Job & Family

An SEO guide to ranking your WordPress site in Google